Last Sunday, I competed in the Ellida Sprint Regatta on the Old Danube in Vienna, in the single, the double with Tina, and the quad with Tina, Eva, and Andrea. Even though I won two races, I wasn’t quite happy with my performance and neither was Thomas.

The first race, in which we competed against one other crew in our age class, was in the double. The start wasn’t as perfect as it was last time we raced in Kuchelau, so we were always a little bit behind the other crew, which was quite demoralizing. Additionally, we thought the course was about 100m longer so we were surprised we had already crossed the finish line at a bit more than 400m. Consequently, we were unhappy about not having started the final sprint earlier. Since we were only about one second behind the winning crew, we could have still won had we tried a bit harder. When I checked my watch after crossing the finish line, my pulse was only at 166 bpm, which is nowhere near my maximum heart rate. Overall, I think our technique was quite clean, but we weren’t fighting hard enough. 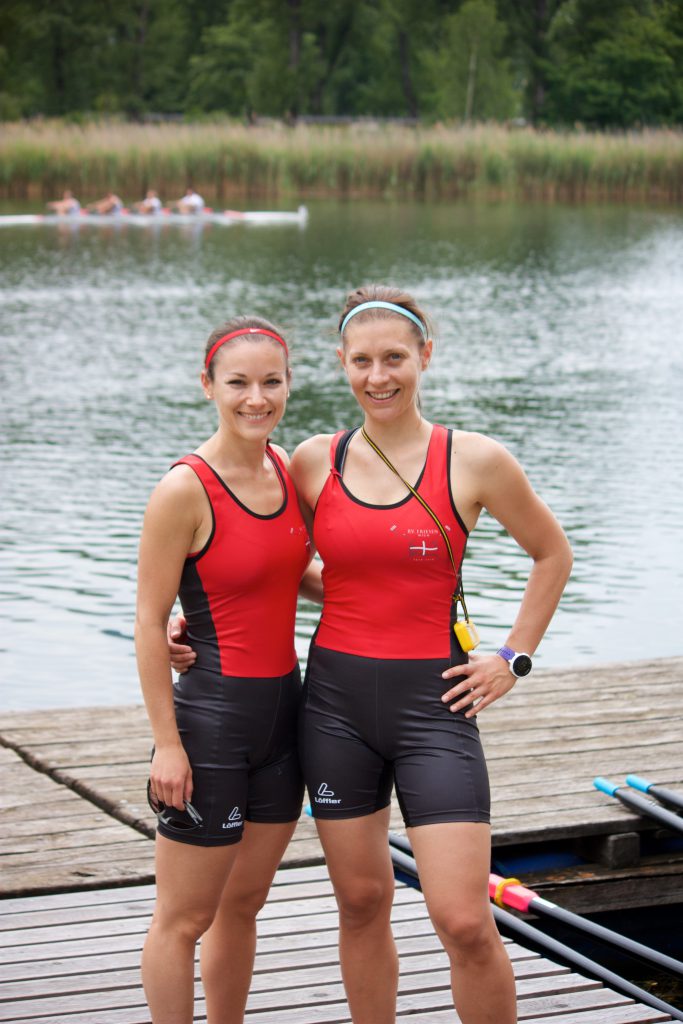 The second race was in the single, where I only competed against Tina in my age class, which put us in an interesting position, as we are not used to competing against each other. Since I put too much pressure on myself, the race didn’t begin very well. Fortunately, I was able to recover quickly from the two crabs I’d caught right after the start, went in the lead fairly quickly and won by 10 seconds in the end. I have to mention though that Tina only started training in the single last fall and was persuaded by Eva and Andrea to enter the competition. Thomas was quite happy with my performance because he said it was noticeable how hard I was fighting. After all, I was really mad at myself for catching two crabs, which almost never happens to me. In the end, I had the second fastest time in all age classes, about half a second behind Eva, but was a bit upset that I could have been faster without my difficulties at the start of the race, but perhaps it just caused me to fight so much harder than I usually do. 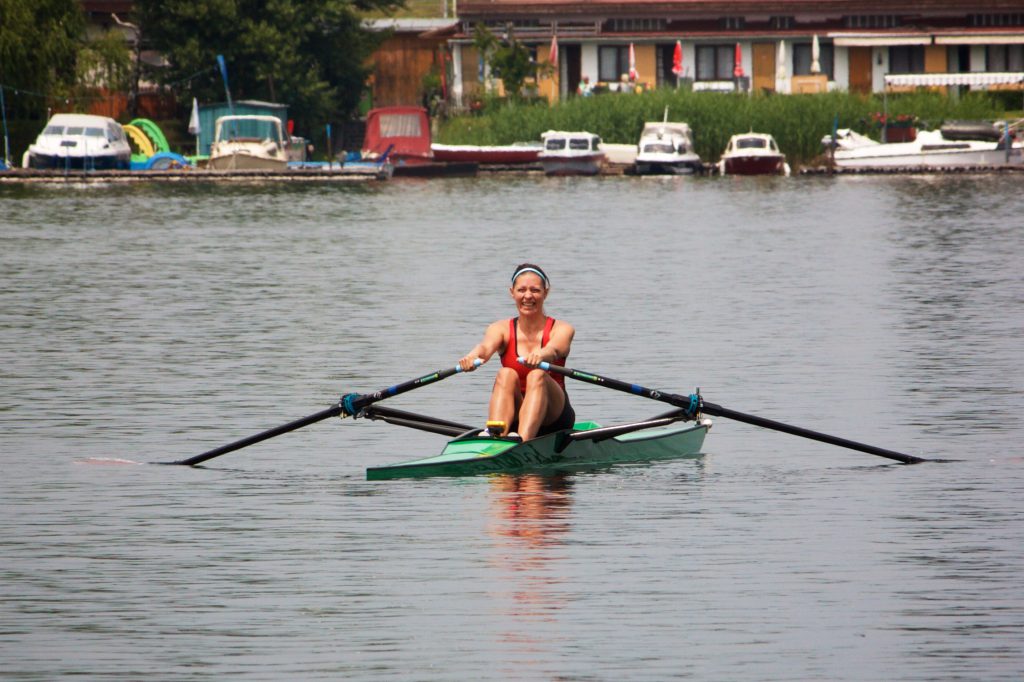 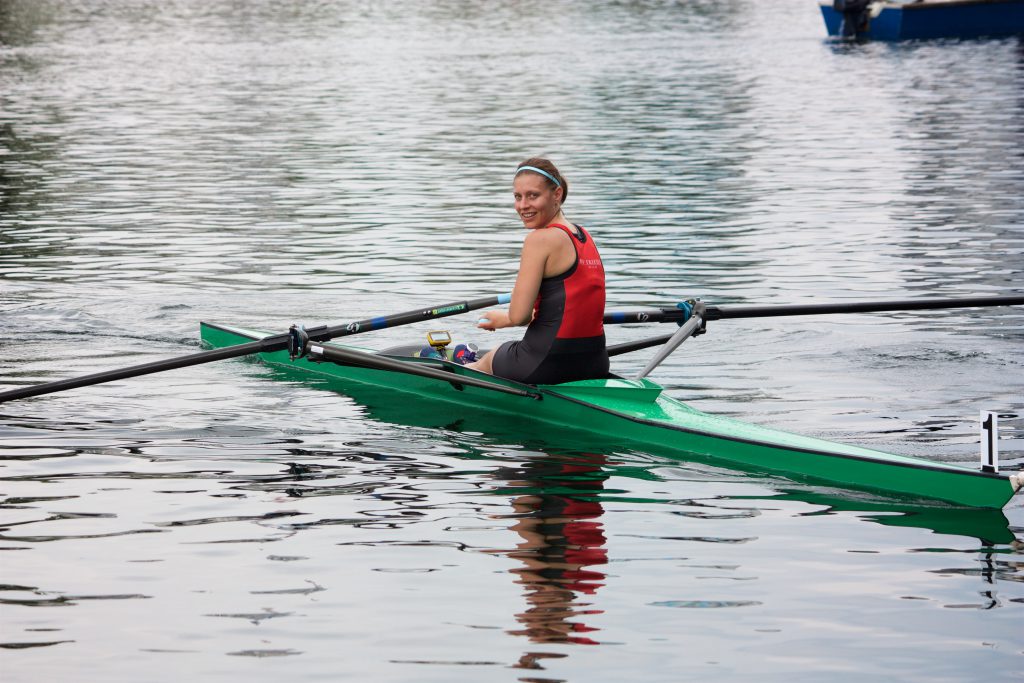 Our last race was in the quad, where we won with a comfortable lead of almost two lengths. Thomas wasn’t quite happy with our technique because we were not always completely in sync, particularly because our position at the catch wasn’t completely parallel. The race wasn’t bad, by all means, but we just have really high standards. 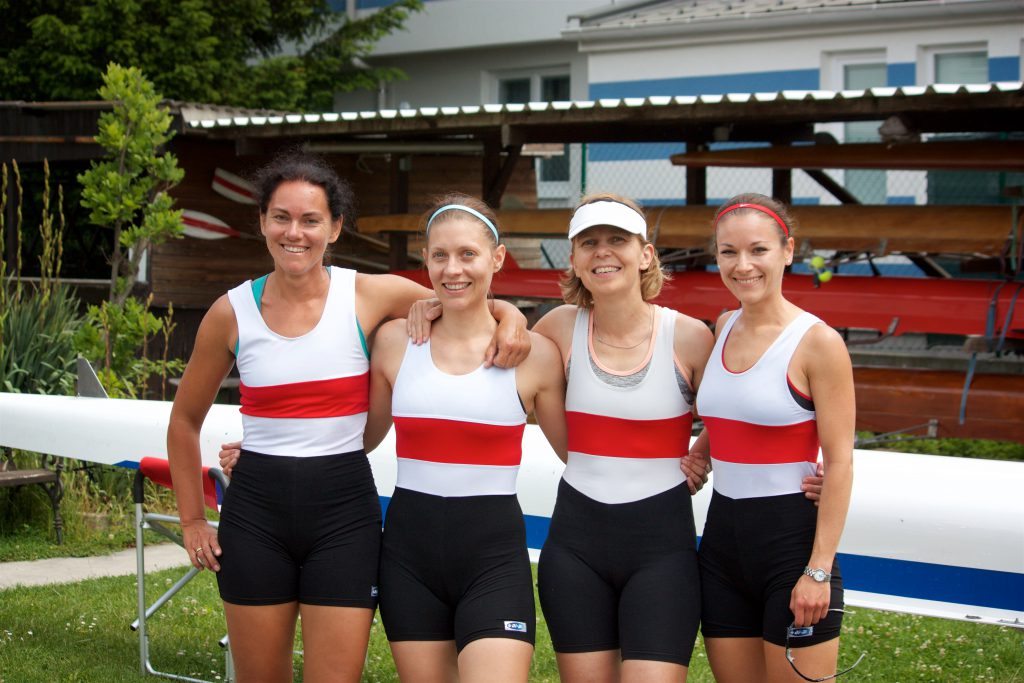 I am always surprised that you can be unhappy with your performance even if you’ve won the majority/all of your races, but also happy with races you’ve lost. To be honest, this time, I was more satisfied after I’d seen the pictures and gotten honest feedback. Sometimes, your perception doesn’t quite accurately reflect reality. As usual, I have to learn not to be too hard on myself. After all, I am doing all of this for fun. Most days. Haha.