Given the title, you probably already suspected that this article was not written by Marlies. As some of you might now, I, Herbert, started making attempts at rowing last year, and got into a regular training group this winter. Our group consists of people who rowed when they were young, even at an international level, and some newbies, who’ve rowed for roughly a year. Of all of them, I’m the youngest member of the team in terms of rowing experience (unfortunately not the youngest in terms of actual age), and while my colleagues had participated in at least one race, it was my first on Sunday at Ellida Sprint Regatta.

We competed in the quad, with me on seat 2. You can see the overall workout on Strava below, where the course of the race is the segment found in this workout.

I was a bit worried about starts, and rowing at actual race speed, something I hadn’t done very often until a week before the race, when we started practising those. In general, my problem is the second, quarter-length stroke. Usually, I’m a bit behind on this one and have a hard time catching up later. Before the race, we practised a couple of starts. The first two were awful, and I almost caught a crab right before stroke 5 or so. The third start, however, was a really good one. I managed to do the second stroke as quickly as it should be, and I could feel the boat fly. Well, for my standards that is. I thought, “damn, this might be my only good start for today.” We did another one. It didn’t turn out as well as the one before, so I thought I was right, and got worried that I’d mess up the actual race start and ruin the race for my colleagues. Then everything went by fairly quickly. We rowed to the start, “attention …. go!” And we did the first stroke. Second. Third. Fourth. Fifth. By then I told myself: “I didn’t mess up. This is good!” I felt the boat moving and despite the other boats being filled with more seasoned rowers, we had a good initial pace. It felt good, and I thought, I could even go faster, something I always struggled with in our training sessions.

Then came the call from our bow seat: “quicker!”. We obliged and raised the stroke rate, but I started to struggle. My starboard blade caught a small wave, and I was out of the rhythm. Luckily, I managed to re-synchronize. However, I did start to wonder where the finish was, since I thought we must have already done the 400 meters. Well, I underestimated it a bit, but eventually we crossed the line. Turns out, we didn’t realize where the line was, and were still rowing at (our) race speed, a few strokes after the finish. Eventually, we stopped.

We finished where we thought we would, but it was fun and I know what I can improve until the next race. 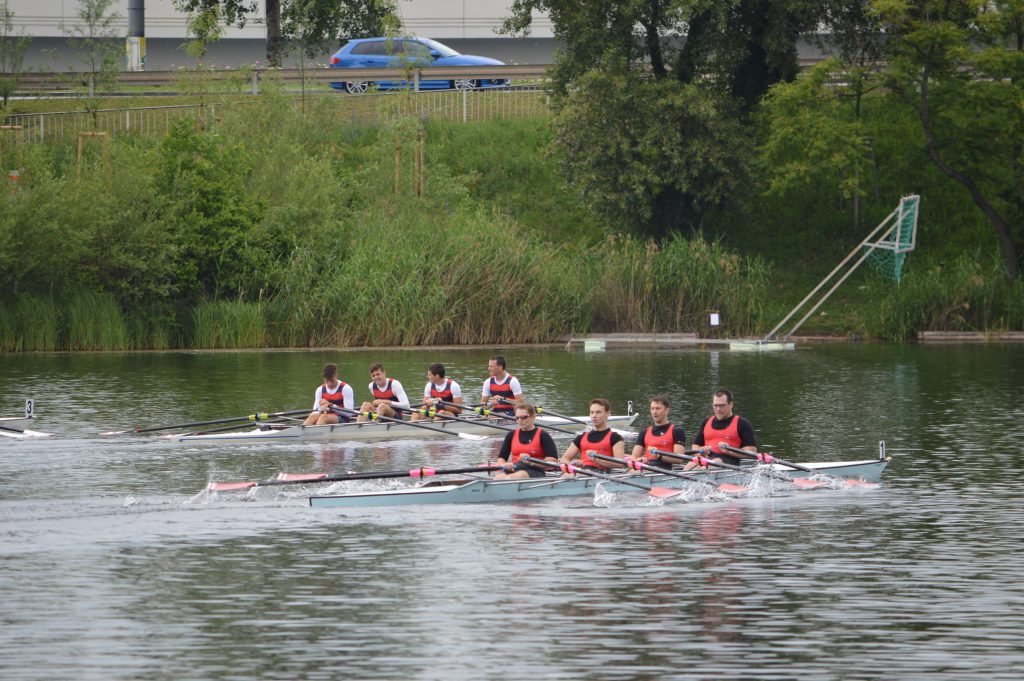 We didn’t notice the finish line. (Photo by http://www.ellida.at)

We finished last, but it was a nice learning experience and I had fun.