This post (and maybe others in this series, if it becomes one) is slightly different to the previous ones in that it’s Herbert writing. The idea behind the “gear I use” series of posts is not to provide reviews of new items, but talk about gadgets we’ve been using for a while. Since Marlies and I both like to ride our road bikes, the sports gadget we share the most is our Kurt Kinetic Road Machine, more specifically the T-002i variant (the current version can be found here). We’ve had it for such a long time now (either late 2010, or early 2011) that a few newer variants of this trainier have been released, but the core values, and the reasons for choosing the Road Machine over other trainers at that time, are still the same.

The biggest selling point of Kurt Kinetic trainers is their way of generating resistance on the bike. At the time when we were in the market for a stationary trainer, Marlies and I lived in a wooden building with wooden floors, so noise was the number one issue we wanted to avoid as much as possible. I knew about many different trainers from browsing various bike forums and websites (Marlies claims I do this more than I actually ride my bike) that they use wind turbines (and a flywheel), attached to a drive axle to create resistance for the bike. Incidentally, it is the same mechanism that Concept 2 Ergs use. However, on a bike trainer, the size of the turbines is usually smaller, which probably results in higher rpm’s and thus more noise (I am not an expert in physics, so if this deduction is wrong, feel free to correct me there) compared to the rowing ergs we all love to hate. Kurt Kinetic came up with a mechanism to generate resistance that is not based on a turbine (even though they have one in their line-up), but on a sealed fluid chamber (which other companies like Tacx also offer) where the resistance wheel in this chamber is driven by magnets connected to the driven axle (this is unique to Kurt Kinetic). As a result, this system doesn’t need to add rubber seals to the driven axle, which can lead to leaking. If you want a more thorough explanation, simply read up on the system here. Combine this with the sturdy build and we were sold. 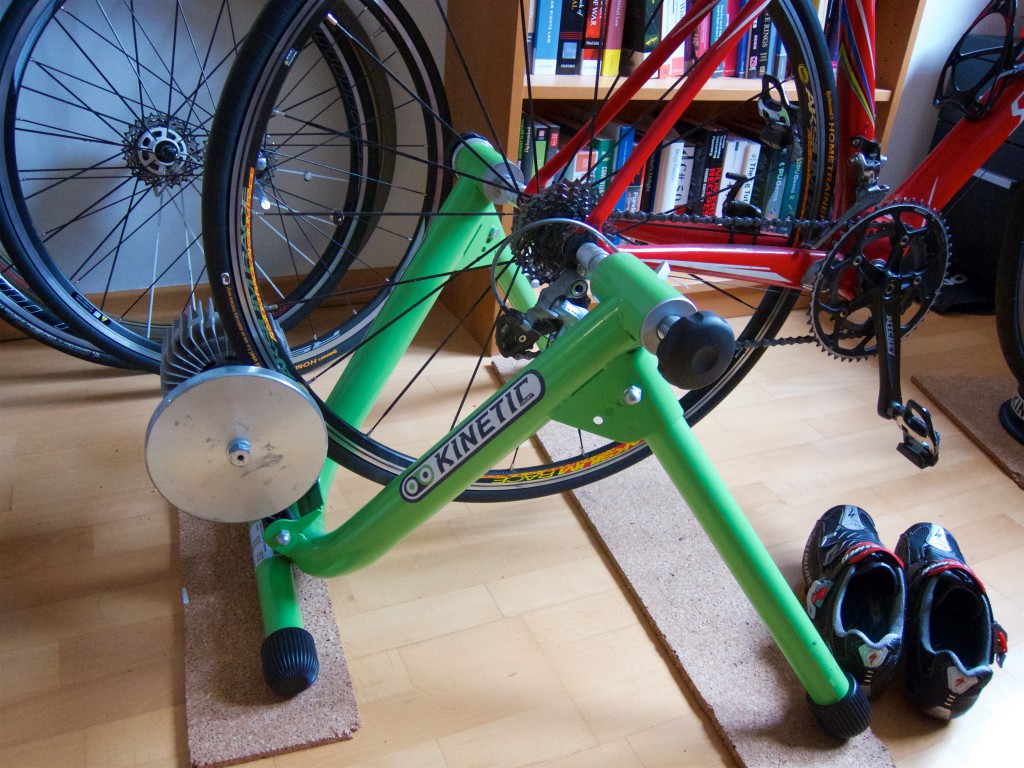 When we first got the Road Machine, we didn’t use any underlying mat, or any other damping mechanism. We simply put it on our hardwood floor, put the bike (normal road tire; eventually we switched to the Continental Trainer tires, which made a huge difference) on it and started riding. It became clear very quickly that the combination of our wooden building (we still lived in Canada back then), wooden floor and the trainer created lots of vibrations, even though we had the tire inflated properly, and the rear wheel was (almost) free of any deformations. It turned out that our downstairs neighbour was wondering why there were vibrations on her ceiling for a few hours a day. Once we found out about that issue, we invested in the Kurt Kinetic Trainer Mat, which solved the problem. Trainer mats from other companies are not wide enough for the Road Machine. Once we moved into our current apartment (made of concrete), the vibration issue became less important. Additionally, our cats started putting their claws into the trainer mat and ripped many little pieces out. Since we wanted to avoid them eating those little rubber pieces, we got rid of the mat, and put the trainer (and the accompanying riser ring for the front wheel) onto cork mats that are a little bit less than one centimetre thick. This does the trick pretty well. You can somewhat hear and feel a little bit of vibration through the drywall in our apartment, but there is no way this can be felt through the concrete wall and floor. So all is good now.

One thing that I have to point out about our usage of the Road Machine is that we constantly swap our bikes out, since Marlies and I are not the same height and got our bikes fitted by one friend of ours when he did his BG-Fit certification. Since then we haven’t changed the saddle heights of either of our bikes, plus Marlies has her favourite Specialized Ruby women’s saddle and won’t ever sit on my Fi’zi:k Kurve Snake. Long story short, after a few years of swapping bikes, we had issues with the quick release lever on one side of the trainer. It started “skipping gears” when unfastening the lever, something that could be avoided by simply unscrewing the whole thing from the opposite side only. However, for a while this left us with an uneasy feeling when riding the bike. After all you don’t want this to break when you are riding 30km/h on the trainer in front of a table, with a computer on top, in front of the window. Therefore, I contacted Kurt Kinetic if this was a safety issue. Well, it turns out, that the way their trainers are built, you can exchange most of the parts. You can even do this yourself. And to top it all off, they are sending us a replacement part right now for free, for a trainer that was bought sometime in 201 or 2011 in Canada that is now located in Austria. This was pretty surprising and shows how committed the guys at Kurt Kinetic are at making sure their customers are satisfied. I knew one of their selling points was build quality (it is massive and sturdy after all), but I would have never thought that their commitment to customer satisfaction went this far. Big props to Kurt Kinetic. I will update this post once the replacement part has arrived and talk about the installation. 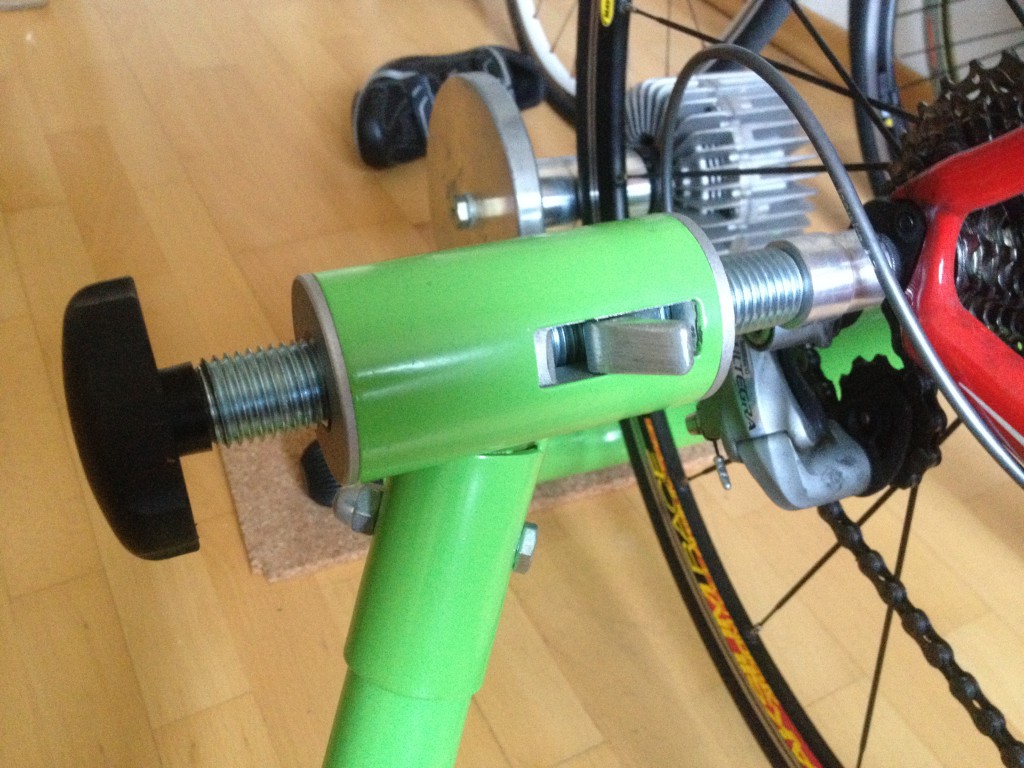 The part that wore out after ~5 years

So, long story short: the Road Machine is simply amazing. It can take a beating, is quiet, has a good road feel, works with Zwift, Trainer Road, and other applications that provide virtual power, and the company wants to make sure you’ll get as many kilometres out of the trainer as possible.

One thought on “Gear I use: Kurt Kinetic Road Machine”