Since recovery weeks are quite boring to talk about, this past week’s review will primarily focus on the Viennese Championships I competed in on the weekend. Apart from Thursday and Friday, I only did very short training sessions of around 45 minutes, either in the boat or in the weight room. Whenever I get my workout plan for a recovery week, I keep thinking “what am I going to do with all my time?” but then really enjoy having more time for work and other hobbies. It is also nice to be able to catch up on sleep. On Thursday, Tina and I were supposed to do three times 1000 meters at racing speed in order to prepare our bodies for the regatta on the weekend, but were so exhausted we were only able to do two and weren’t happy with our performance at all. Last time we raced at the end of a recovery week, we were so tired and drained that Max decided we needed at least one intense session before the weekend to “wake up.” On Friday, we were “forced” to train in the women’s eight even though it was pouring down. Although I wore several layers, I was freezing and started sneezing on my way home. Tina and I regretted not saying no to training in the rain more assertively the next morning because we were both sick and unable to compete in the double. I primarily had a bad migraine, but it also felt like my body was fighting something, so it was definitely a good idea to stay home and recover for Sunday’s races.

On Sunday, I first competed in the women’s single (the lightweight women’s single was cancelled because I was the only one who’d entered). There was quite a strong headwind and after the warm-up, I already had a really bad headache and what felt like a light fever. As a result, the race wasn’t great, but I still finished second behind a recent member of the national team. I debated with myself whether I should give up every couple of strokes, but since the positions were pretty much clear after the first hundred meters or so, I decided to just focus on a long, powerful stroke instead of killing myself completely with a high stroke rate. I wasn’t happy with my performance at all because the boat was really unstable and I still felt a little bit sick, but at least I finished. 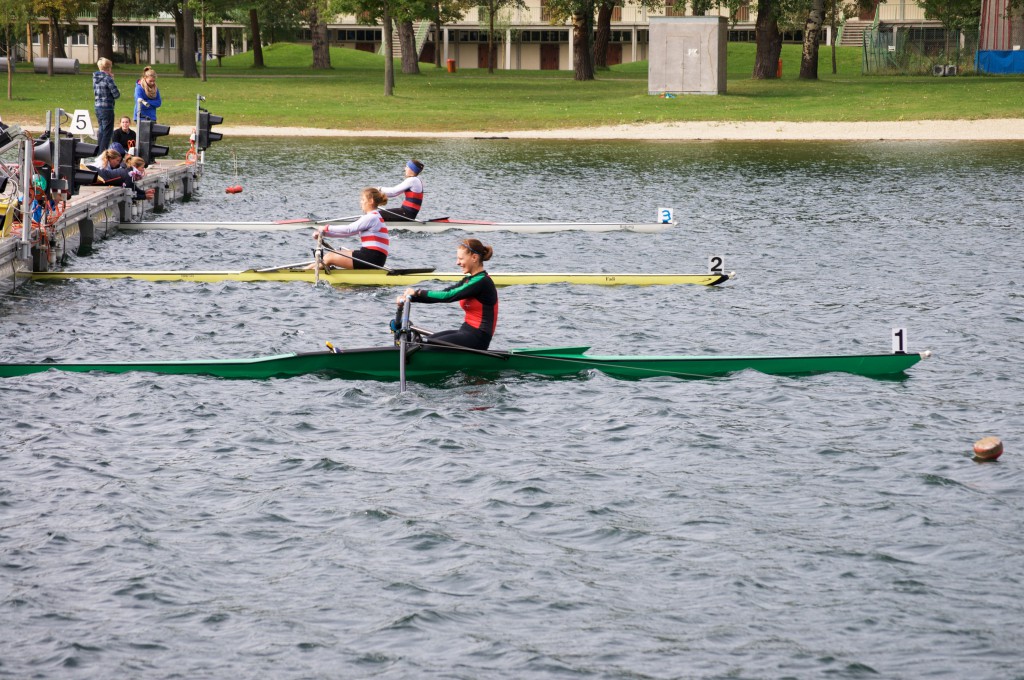 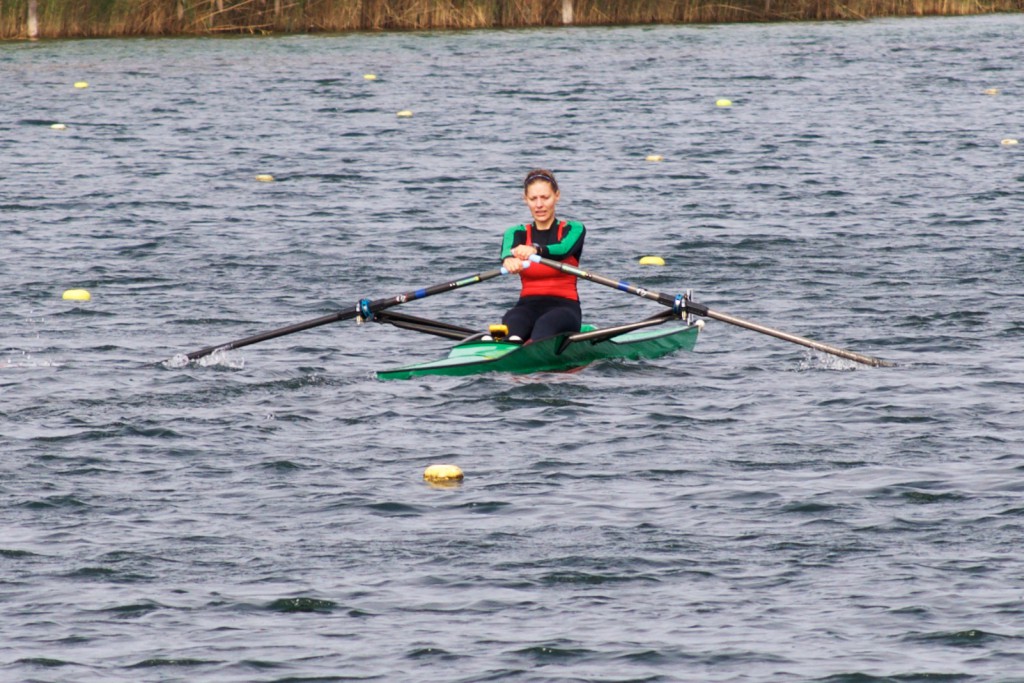 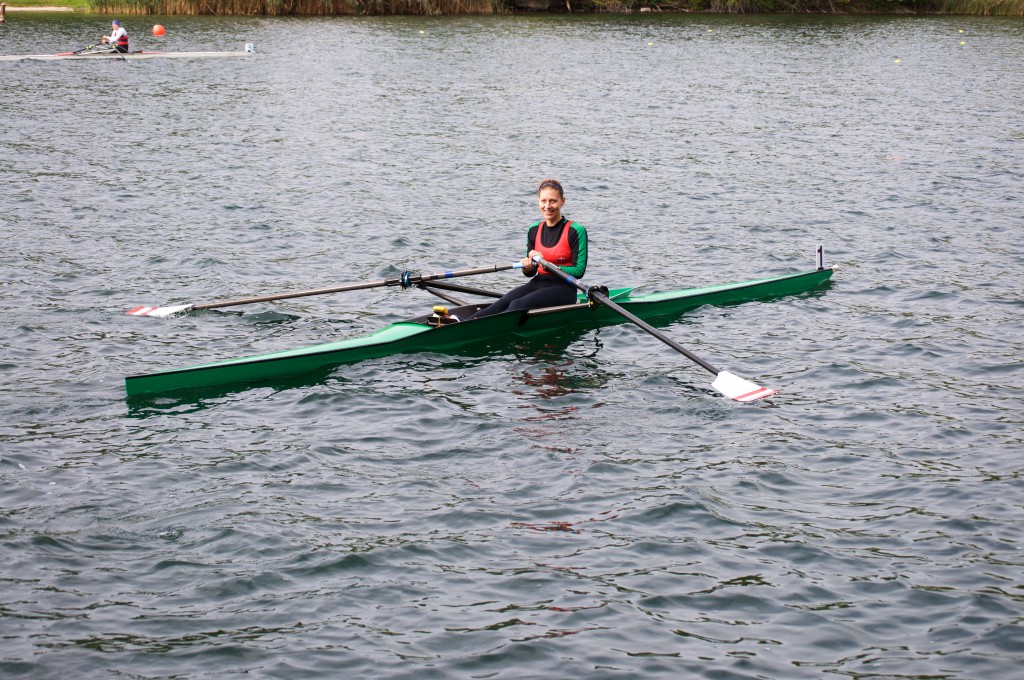 Thankfully, the race in the women’s eight made up for my disappointment in the single. We were by far the oldest crew (all but three of us were Masters C), and raced in a wooden boat, but managed to finish second nevertheless. We were in third place for most of the race, but overtook the boat in second place by almost a length in the last 250 meters. It was a great success for us because we gave everything we could. Sometimes, it is impossible to keep the stroke rate up or do a final spurt, especially if the crew doesn’t train together very often, because not everybody is physically able to do so and it results in chaos. It wasn’t the case with us though because the boat just got faster and faster. It almost looked like the crew we were overtaking was standing still. We couldn’t have kept up the pace much longer, but it was a good feeling to have fought so hard. Everybody was so excited that I think we agreed on training properly for next year’s Viennese Championships (more than two training sessions… haha). 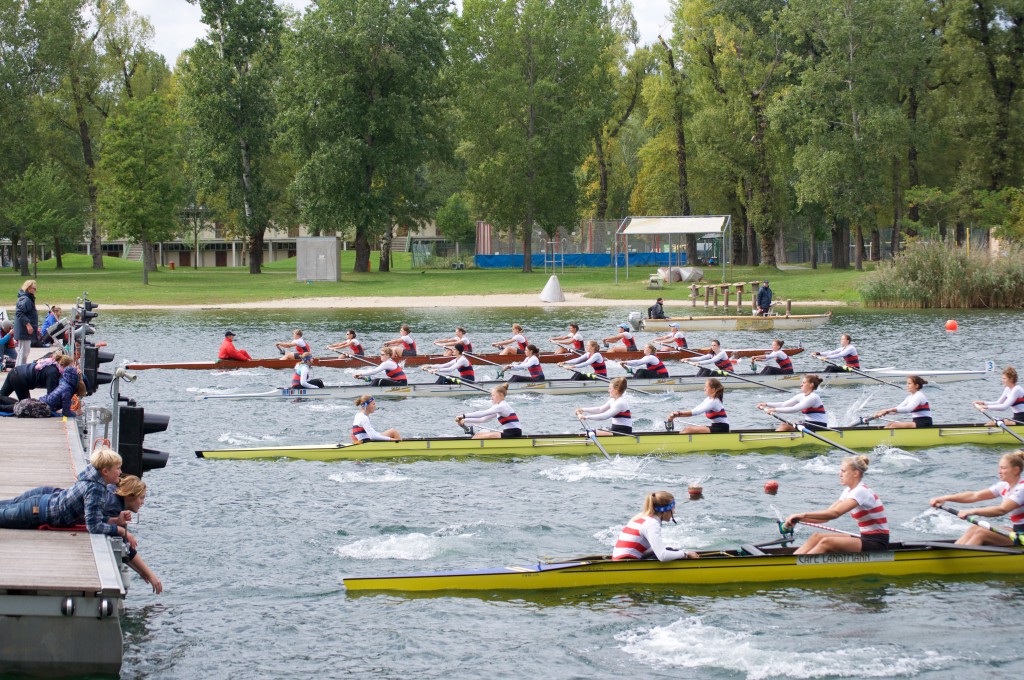 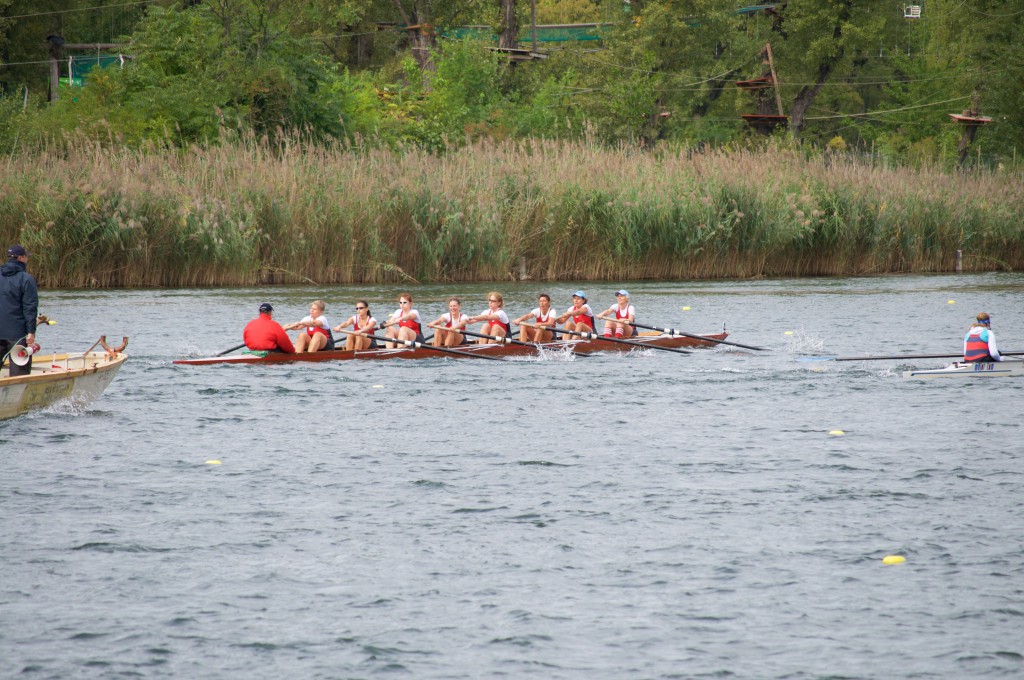 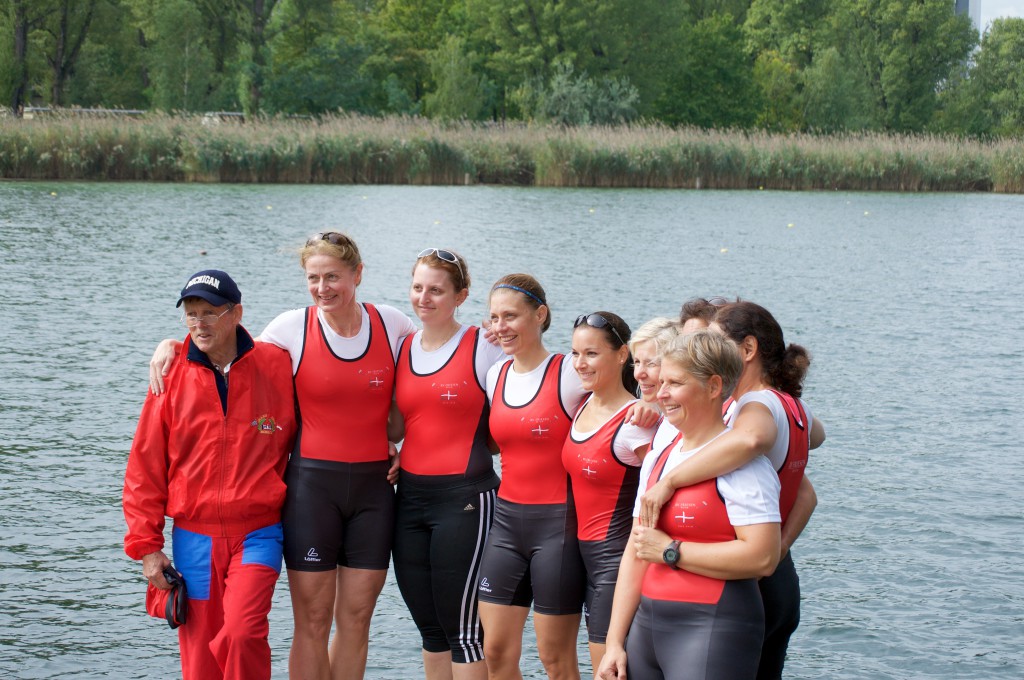 I was so exhausted after the regatta that I almost collapsed during our ballroom dance class on Sunday evening and slept most of Monday. I am still exhausted as I am writing this, but I don’t have a lot of time to recover because the Austrian Club Championships are coming up this weekend. Tina and I are looking forward to finally being able to compete in the double scull, but it is always very challenging to take part in women’s races (instead of masters) because some of the rowers are members of the national team and train way more than us and others are a lot heavier than us lightweights. However, life wouldn’t be exciting without a challenge once in a while.