As mentioned in my previous post, we spent most of the week in Bergen, Norway, with our friend Veronika. Thankfully, I was able to work out at least some of the days since I was able to test a local gym free for a week, which was perfect. They even had one Concept II erg that Herbert and I kind of fought over. Haha. He’s becoming a really dedicated rower!

On Monday, I was, astonishingly enough, motivated to do intervals, perhaps because I was happy to have an erg at my disposal. In total, I spent an hour on the erg and did eight 500m intervals at maximum consistent speed. I should also have done a bit of weight lifting, but it was my birthday and I was eager to have dinner.

On Tuesday, we went on a road trip to Flåm and I was so tired from the previous day’s workout that I slept most of the way there. In Flåm, or in Aurlandsvangen to be more precise, we had a delicious picnic lunch overlooking Auerlandsfjord, a branch of the more well-known Sognefjord. It was really nice to be back in the area after around 18 years. Sadly, one of the only places that looked familiar was the Flåm train station, from where we went to Vik on our cruise before the turn of the century. Haha. This makes me sound really old. Haha. We also stopped at a beautiful waterfall that I can’t remember the name of, unfortunately. 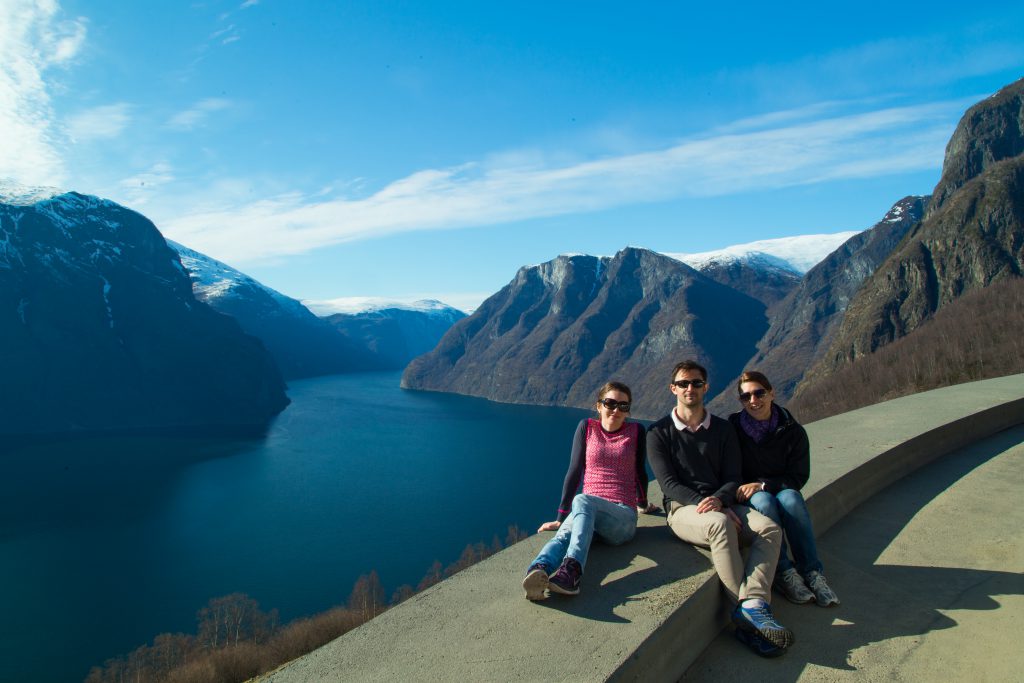 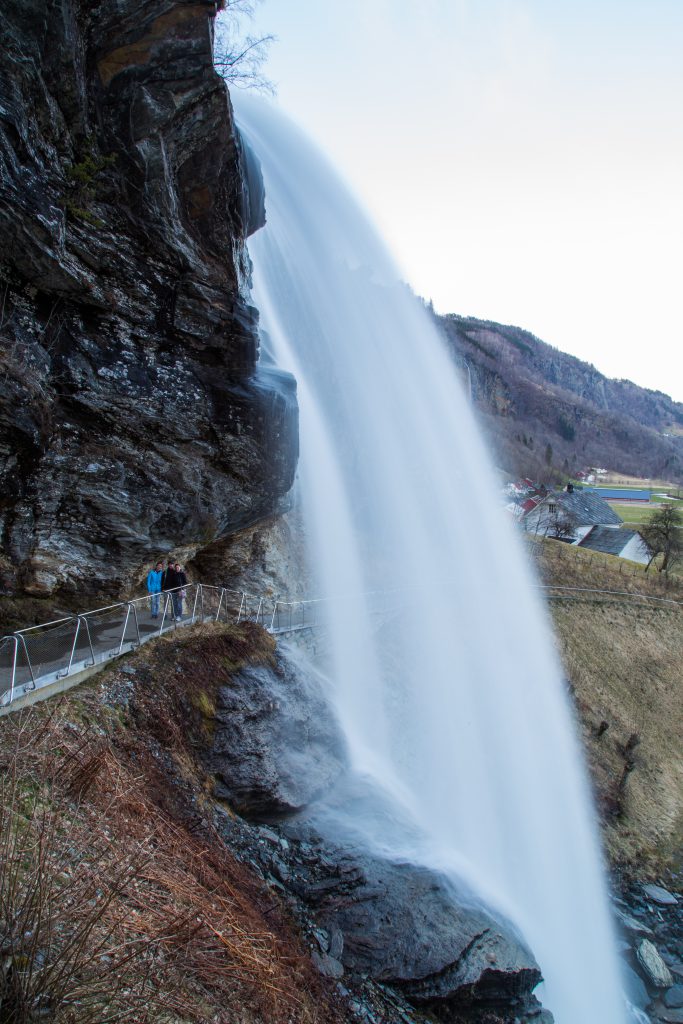 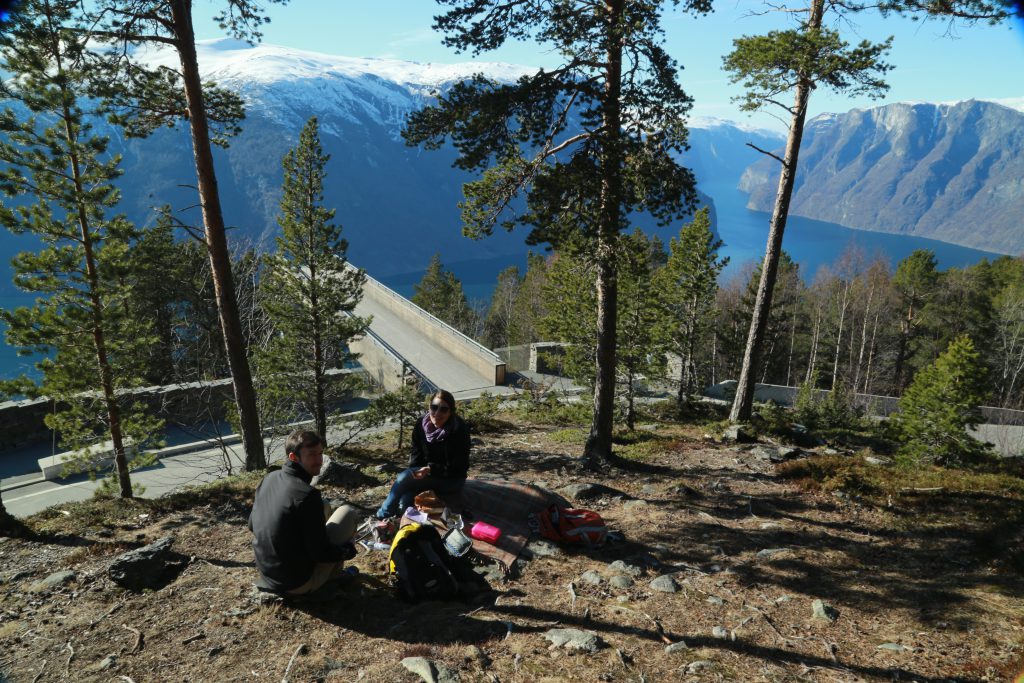 Sadly, I was still quite exhausted on Wednesday, so I was only able to force myself to do a more “relaxing” workout: 30 minutes on the indoor bike and 30 minute of strength training: 4 rounds each of 10 backsquats, 10 deadlifts, 10 bar rows and 10 push ups. In the evening, we also went hiking on “rough” terrain, and my legs were quite sore the next day. I still really enjoyed it and would like to go hiking more often, I think.

We were flying home on Thursday, so I decided it was time for another rest day.

On Fridays, as mentioned in my previous “week in review” post, I have a weekly seminar, so, once again, I was only able to fit in a quick 45-minute ride on my indoor bike.

On Saturday, it was time for our weekly workout is the quad. I didn’t sleep very well, so I had the hardest time forcing myself to get out of bed. Herbert was even worried about me driving to the club by myself that he offered to chauffeur me. Somehow, I made it to the club safely and miraculously survived the workout. Thomas was surprised that I was able to perform well in spite of me being so exhausted. In preparation for the upcoming 4k regatta, we did two 2000m intervals with alternating stroke rates. It would have been quite exciting had I not been so incredibly tired. It was certainly nice to see big improvements from the first to the second interval.

Sunday‘s workout was similar to the one the day before, except that it was performed in the single instead of the quad. To be honest, it was quite frustrating because I had so many plants (algae that are supposed to clean the water) stuck in my cucumber-shaped fin that I had a hard time keeping up with the others. It made me really upset! Since Herbert was still in the boat when I was done with my workout, I decided to do a bit of weight training: four rounds of 15 high jump burpees, 40 seconds handstand hold, 10 bar rows, 6 high jumps and 12 arch chops.

As I’ve already mentioned in my previous post, Norway is not particularly vegan-friendly, so I would not have much to write about in a separate post about the vegan food scene in Bergen. Unfortunately, the restaurant that I was really looking forward to eating at, Dwell Gastrobar, was closed for repairs after a fire. According to my research, it would have had a wonderful selection of vegan meals.  Instead, we had lunch at Pygmalion, which was quite close to Dwell in “downtown” Bergen. The veggie burger I had wasn’t the most delicious one I’ve ever had, but it was still quite good. I think I might be spoiled because we have a few vegan burger restaurants in Vienna. If you have not been to Swing Kitchen and live in or are visiting Vienna, stop reading my blog and go there right now. Haha. It is that good! I also had a vegan dessert, a “chocolate ball,” at Espresso House, which is a Swedish coffee shop chain. It didn’t specifically say it was vegan, but dairy and eggs were not listed as allergens, which was good enough for me. I also had vegan sushi rolls, I believe they were called Yasai, at Sumo, which I really enjoyed. Since we cooked most of our meals at our friend’s apartment, I went shopping at a small organic supermarket called Kinsarvik. It was a really interesting experience because most of the products were either German or British and cost more than twice as much as they do here in Austria. It really made me appreciate how affordable and easily available vegan organic food is in Austria!