Tina and I participated in the STAW Sprint Regatta on the Old Danube in Vienna yesterday. Our decision to enter was quite last-minute because we thought it would be a good opportunity to try out our new boat, but, unfortunately, the competition didn’t go as well as we had hoped, at least the double sculls race. Nevertheless, we are trying not be discouraged and work towards our goals even harder now. We were definitely able to notice a few improvements since the last race in Gmunden: we were going fairly straight from start to finish and, of course, it was so much nicer to row our Schweinehund because we didn’t have to pull towards our ears. Overall, however, we felt quite tired and weak at the end of our first recovery week. The extreme heat — the thermometer in my car said it was 38 degrees celsius — probably didn’t help.

Recently, I have learned that just because you win a race, you don’t necessarily have to be satisfied with your performance. The same logic also works the other way around though. For instance, I was really happy with my race in Gmunden, where I finished second. Even though I didn’t win, I felt strong, was able to go to the limit throughout most of the race, and was very pleased with my average stroke rate of over 32. Yesterday, on the other hand, I did win, but wasn’t entirely happy. Even though there was a slight headwind, I finished in 1:52,11, which is probably one of the best 500m times of my entire career, but I didn’t feel as strong as I did in my interval training sessions in the past couple of weeks. Towards the end of the race, it felt like there were algae caught in my fin, which probably wasn’t the case, but it just felt like I was trying to push harder, but nothing was happening. I was very pleased with my fighting spirit though because one of my opponents (who is going to compete in next week’s Word Rowing Masters Regatta in Belgium) started catching up with me about 100m before the finish line, but I just thought to myself: “only a few more strokes, you can do it!” I guess I should be proud of myself for that because I never used to be much of a fighter when I was a junior. 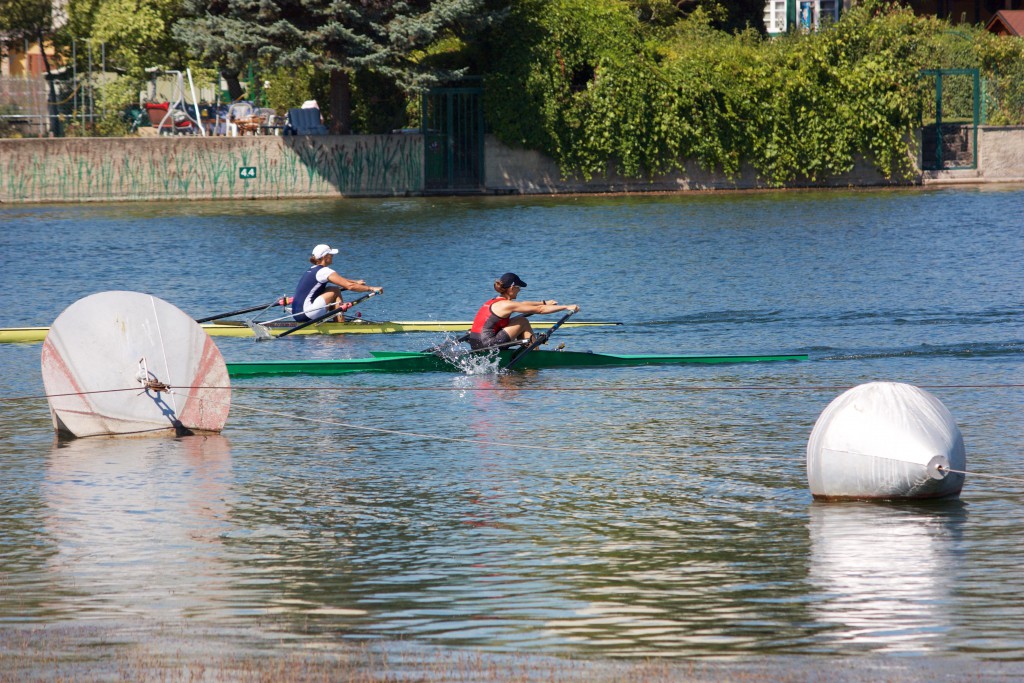 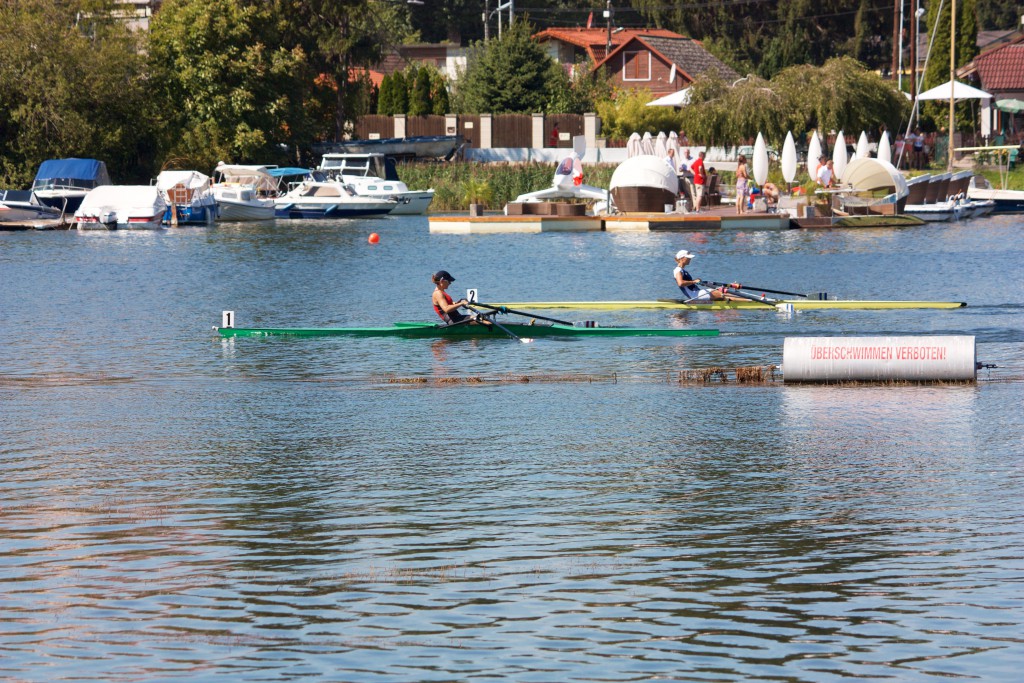 The double sculls race, on the other hand, fell into the third category: we didn’t win and we weren’t satisfied. Ok, technically, we did win because we were the only ones competing in the “Masters A” category, but we lost against a “Masters C” boat. Even though judging by the photos Herbert took it looks like our strokes were in sync, it just felt like they weren’t completely clean and dynamic. Both of us also didn’t have much energy left for the final spurt, which was a bit of a surprise after all the intervals we had done (quite satisfactorily, I think), but it might be a result of three extremely exhausting weeks of intervals and crossfit. We’ve certainly learned our lessons though and are aiming to train together more often. Due to time constraints (life, work, etc.), we’ve only been able to do an average of two sessions per week in the double. We’ve already told Max to include more sessions on the water in our workout plans, and we’ve decided to focus on technique drills in the upcoming weeks. 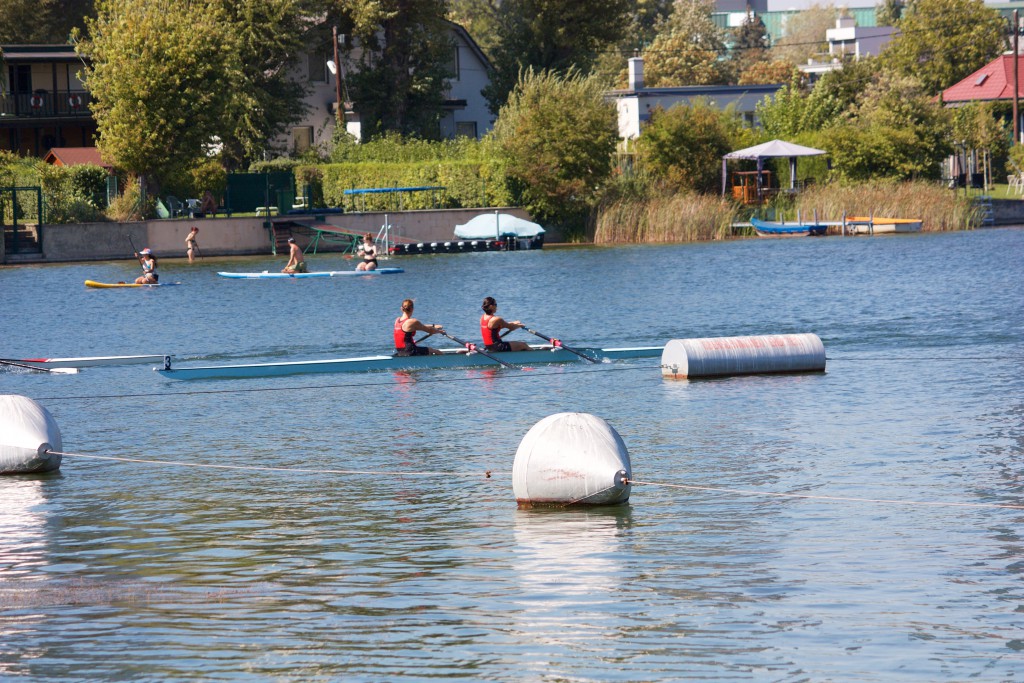 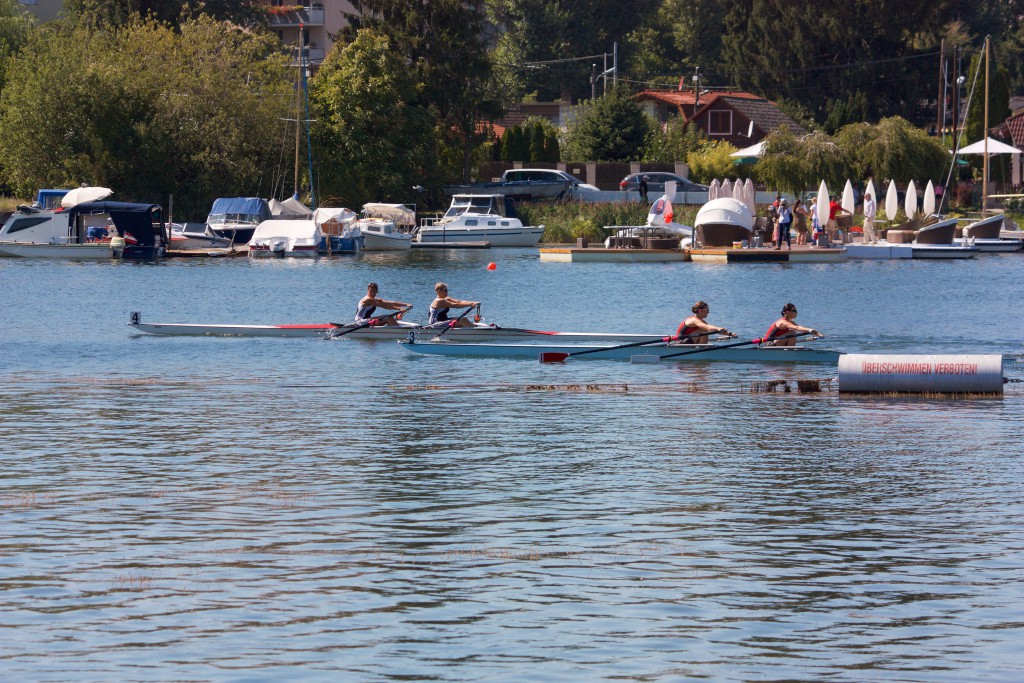 We also competed in the quadruple sculls with friends from another club and really enjoyed it. Since we didn’t really have competition and it was just for fun, there is not a lot to report. I would like to talk a little bit more about what I ate between my races though because in my pre-vegan past, I’ve struggled with not being able to eat anything or throwing up from eating a meal I couldn’t digest very well. About ten years ago, at the trials for the national team, for example, I threw up during the race after eating spaghetti bolognese (the meal that was prepared for our whole team). Surprisingly, I was able to keep going while vomiting, but it certainly didn’t make me any faster. I hate to be boring, but I decided to give my overnight oats a try. Even though I only had a bit more than an hour between my single and double sculls races, I was able to eat one full portion of oats without feeling too full. It also gave me an instant burst of energy. Sadly, it couldn’t bring my tired muscles back to life, but I was very happy with my meal choice overall. Time permitting, I will prepare warm meals for our fall competitions, but this time, my overnight oat recipe was perfect because it took less than 10minutes to whip up. Most importantly, however, it was easy to digest and tasted great.

One thought on ““Guys, I Won a Race”: STAW Regatta Recap”